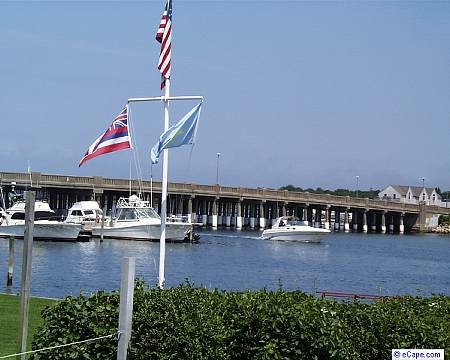 The Harbormaster Department promotes the responsible use of all waterways through public education and enforcement of all local, state, and federal environmental laws.

Cape Cod men and boys who hailed from West Yarmouth, Yarmouthport and South Yarmouth, jumped on the maritime bandwagon and soon this crooked arm of a Massachusetts peninsula became known as the "greatest nursery of seamen in North America", according to the historian Henry Kittredge. The tales and exploits of these captains provide rich fodder for maritime legends still told today.

Captain Asa Eldridge, born in 1809, first went to sea as a cook, a common practice for Yarmouth boys who aspired to one day skipper his own ship. Captain Eldridge is perhaps best known for setting a trans-Atlantic record from New York to Liverpool in 13 days, 1 hour and 25 minutes aboard the Red Jacket.